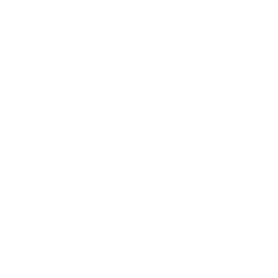 Our current project is based in Mozambique and will deliver 1.7 billion glasses of safe, clean water to roughly 1 million people. Clean water will help alleviate malnutrition, gender inequality, and disparities in economic opportunity. Women, girls, and children are most negatively impacted by the global water crisis.

Generated
Cups of Water
by 2040

Gurue is located to the north of the province of Zambézia, in the upper Zambézia region, bordering the districts of Milange, Namarroi, Errego and Alto Mólocuè in the same province, south of the province of Niassa. Gúruè has an estimated population of 77,400 and covers an area of 5,688 km2. The potential economic dependency ratio is approximately 1: 1, which implies that for every 10 children or elders there are 10 people of working age. The population is relatively young (46%, under 15 years of age), and mostly female (masculinity rate 48%) and rural (urbanization rate 23%).

The village of Limpopo is located in the Limpopo district, which is in the southern part of Gaza province, in Mozambique. Limpopo is located south of the district of Chibuto and west of the districts of Chongoene and Xai-Xai. The village sits north of the Indian Ocean. Limpopo Village has a population of 2,500 inhabitants but is projected to grow rapidly within the next decade. Limpop has a young population (44%, under 15 years old), it has a masculinity index of 43% and an urbanization rate of 20%, which is concentrated in Chongoene and peripheral areas. The district’s age structure reflects a 1: 1.3 economic dependency ratio, which implies that for every 10 children or elders there are 13 people of working age.

Machanga is located to the south of Sofala province, with the Buzi river separating it from Inhambane province to the south, the Indian Ocean to the east, the Chibabava and Buzi districts to the north and the Machaze district to the west in Manica province. Machanga Village has a population of 4,886 inhabitants (2020). The potential economic dependency ratio is approximately 1: 1, which implies that for every 10 children or elders there are 10 people of working age.
The population is young (46%, under 15 years old), mostly female (masculinity rate 45%) and with a markedly rural matrix.

Macia is a Mozambican village and the seat to the Bilene district (Gaza province). It is located on the EN1, the main North South road in the country. Macia is located about 140 km north of Maputo, at the starting point of the highways to Bilene Beach and Chókwè.

Macia has a land surface area of 2.15 square kilometer and has a population of 55,603 (2020). The population has more than doubled since 2008. The population is young (43%, under 15 years old), mostly female (43% masculinity rate) and primarily rural (20% urbanization rate). The potential economic dependency ratio is approximately 1: 1.3, which implies that every 10 children or elders there are 13 people of working age.

Copyright ©2022 by Terra Firma of Canada

Let's put an end to the global water crisis together